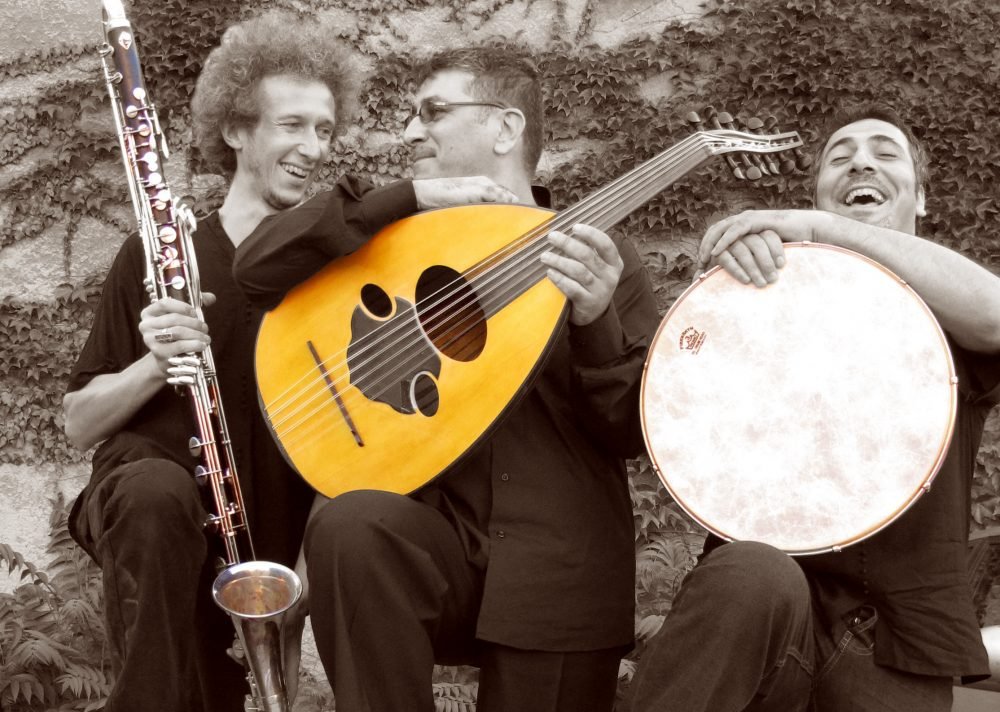 Join us for an intimate concert of Jazz-influenced, Sufi-inspired music with Bab Assalam

Bab Assalam (the gate of peace) is the meeting of two Syrian musicians, Khaled Aljaramani (oud and vocals) and his brother Mohanad Aljaramani (percussion and vocals) with French clarinetist Raphaël Vuillard. They have been playing since 2005, with initial support from the French Cultural Centre in Aleppo. Since then, they have played in the Middle East, Africa and Europe. They have had outstanding concerts in the Opera House in Damascus, Aleppo Citadel, Kuwait International Festival, Summertime in Nantes, among others.

Bab Assalam was born in Syria, but today, the two Syrian brothers live in exile, in Lyon, but their voyage towards the gate of peace, towards Aleppo, will continue.

This concert is part of the Syrian Cultural Caravan – Oslo 20 – 22 May. For more information, please see: https://masahat.no/syrian-cultural-caravan/