Short Film: One Day in Aleppo 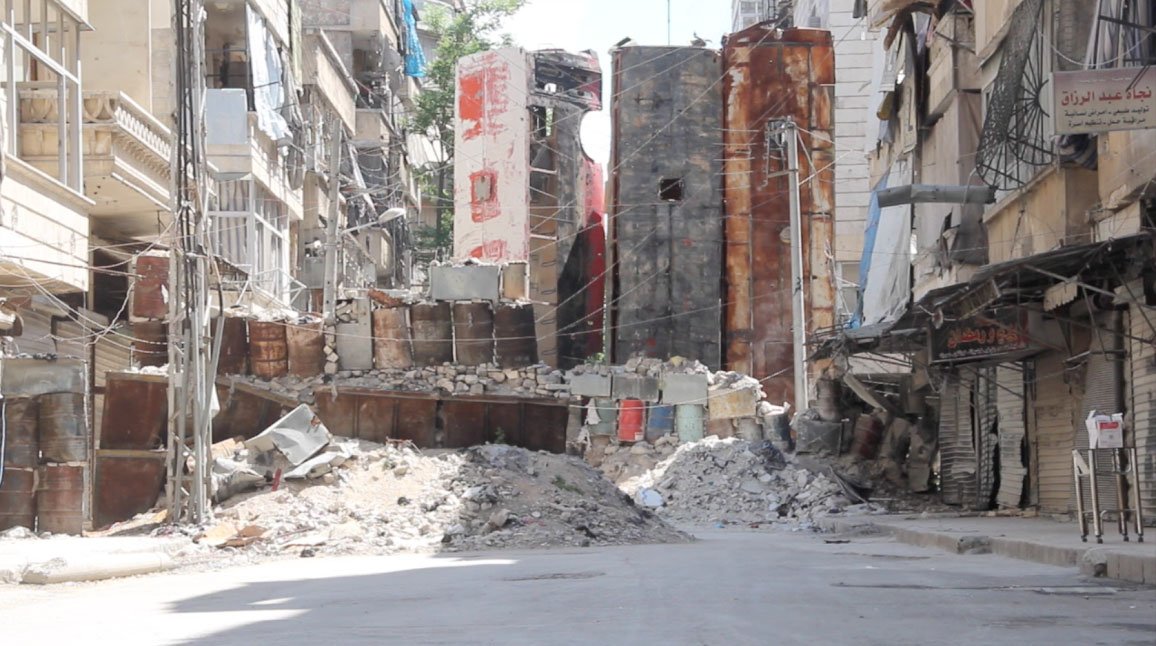 One Day in Aleppo by Ali Alibrahim

After five months of the suffocating siege and daily bombings of the city of Aleppo, a group of children take it upon themselves to start painting colors in their city as a game in order to forget their daily struggles and to sow some optimism among the hundreds of thousands of people trapped in the city.

This film documents such episodes and other stories of civilians inside the besieged neighborhoods of Aleppo. More than 280,000 civilians languishing under siege imposed by the Syrian regime forces and Russia, cutting off the supplies of food and medicine though the daily bombardments.

One day in Aleppo is a film about a devastated city with no food, no fuel, no water, no place to bury one’s dead, and nowhere to treat the wounded and where hospitals no longer function. Thousands under siege expressing their hope though daily endeavors such as a small groups of kids with their colors.