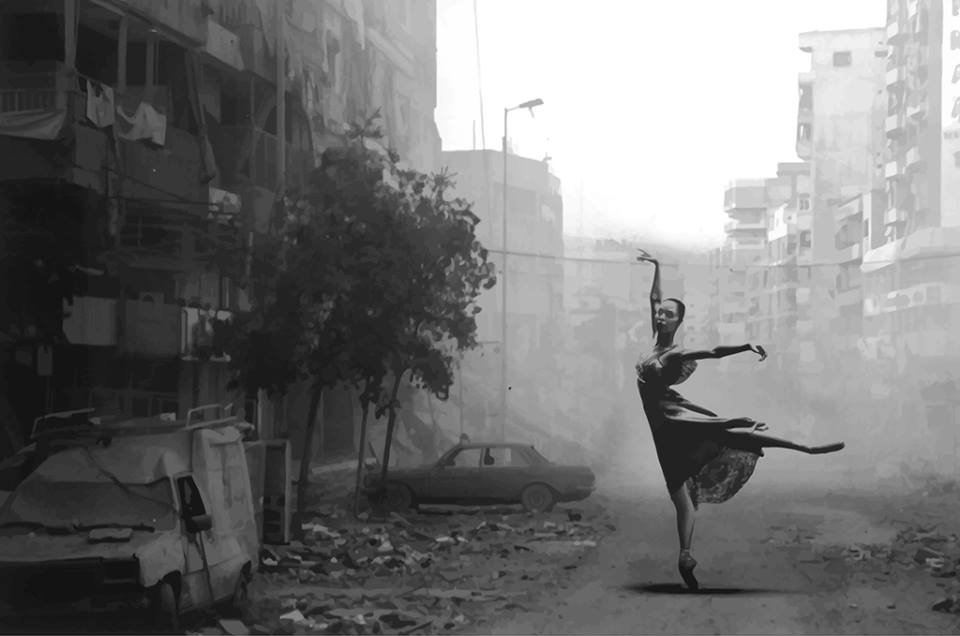 Long before March 2011, Syria was known as the “kingdom of silence”. All forms of artistic and public expression were controlled by the regime, only those who mastered the regime’s censorship rule-book managed to sneak in their subtle message through the many red lines. From the outset of the uprising against tyranny in 2011, public expression and art became a daily practice. Self-expression has been, in essence, the motor of the uprising; the creative spirit of the Syrian people was unleashed by the wave of protests around the country popularizing art and culture to become a defining face of the protest movement. But where are we today? With the population facing endless repression and the world seeming increasingly indifferent, is art still a powerful tool for Syrians?

Spanish-Syrian professor and activist Leila Nachawati Rego will reflect on culture and communication in times of repression, revolution and war, with a special focus on Aleppo, “the Syrian Gernika”.

Leila Nachawati is a Spanish-Syrian writer and storyteller. She is a Professor of Communications at Madrid’s Carlos III University. She is co-founder of the news portal on Syrian civil society SyriaUntold and has just published her first novel on citizen mobilisations and the Arab Spring, Cuando la revolución termine.

Marius Von Der Fehr is a Norwegian artist and writer based in Norway and Spain. He works with socially and politically engaged practices. He runs the international event series New Frontiers/Nuevas Fronteras. One of his last works, the controversial National Apology (in cooperation with Pia Maria Roll) confronted the use of culture as a tool for whitewashing Israel’s violent policies.

Event picture: Dancing in the Streets of Death by Wissam al-Jazairy