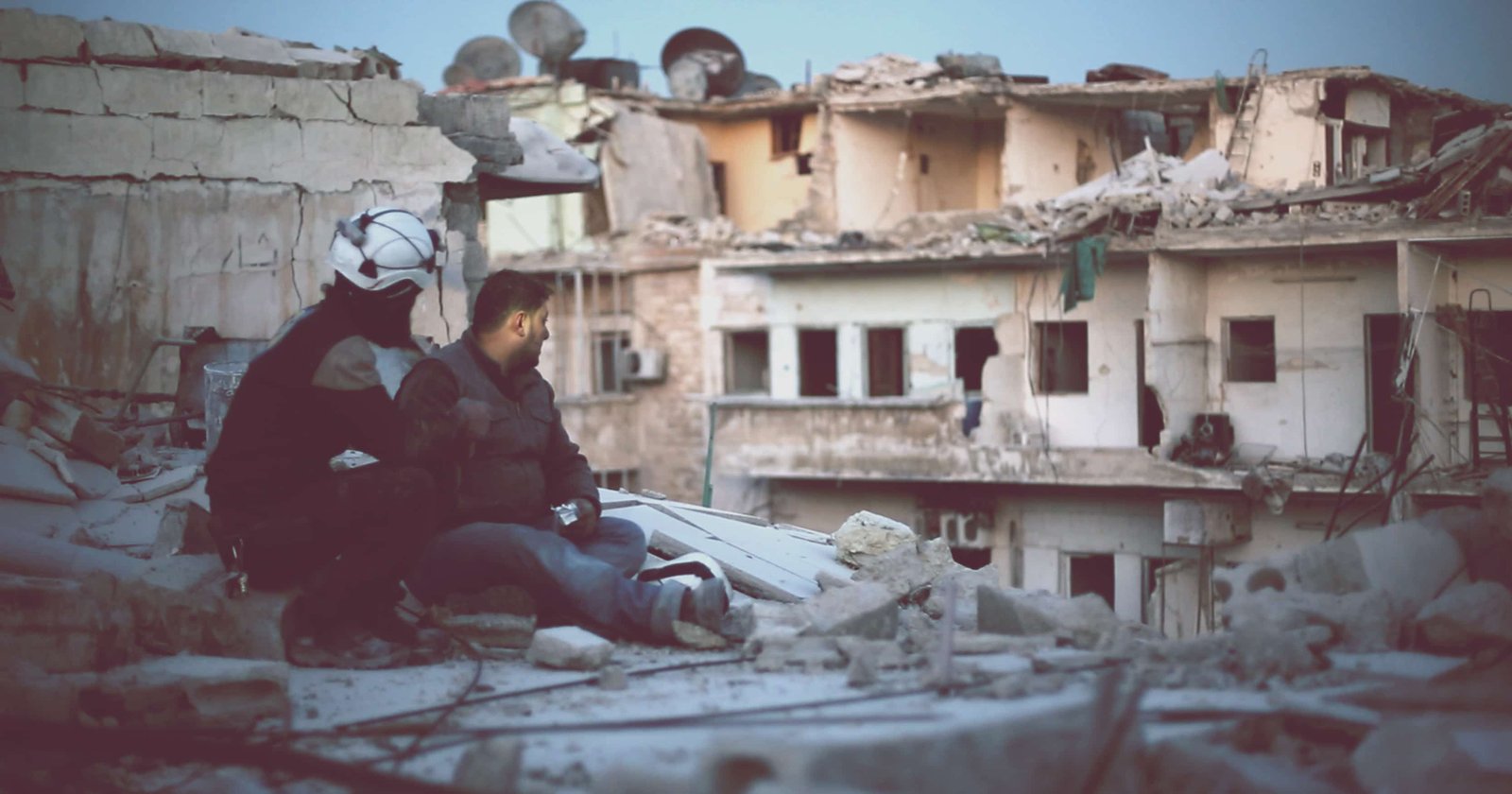 The air is still filled with dust from demolished buildings. Hands search desperately through what is now a total ruin, moving bricks and rebars in hope of finding someone alive. We follow Khalid, Subhi, and Mahmoud, three Syrians who volunteer for the organisation known as The White Helmets. Now they are doing everything in their power to find surviors in the ruins of the battle for Aleppo, and to bring out the dead.

In the midst of all the misery and bomb raids, we also get to take part in beautiful everyday moments, such as an improvised game of street soccer or a visit to the playground. Last Men in Aleppo takes us inside the war in Syria, but this is not a film about war. First and foremost, it is about ordinary people’s resilience and courage. How do they live under the bombs and a looming siege? Why do they risk their lives to save others? This award-winning documentary is a captivating experience, and a tough watch, but a film that demands to be seen.

There will be a short discussion on the situation in Syria before the film and a short Q&A session with the director, Firas Fayyad after the film – stay tuned for more details!

The event is a collaboration between Films From the South, Arab Film Days and Syrian Peace Action Center (SPACE).