The Creative Memory of the Syrian Revolution 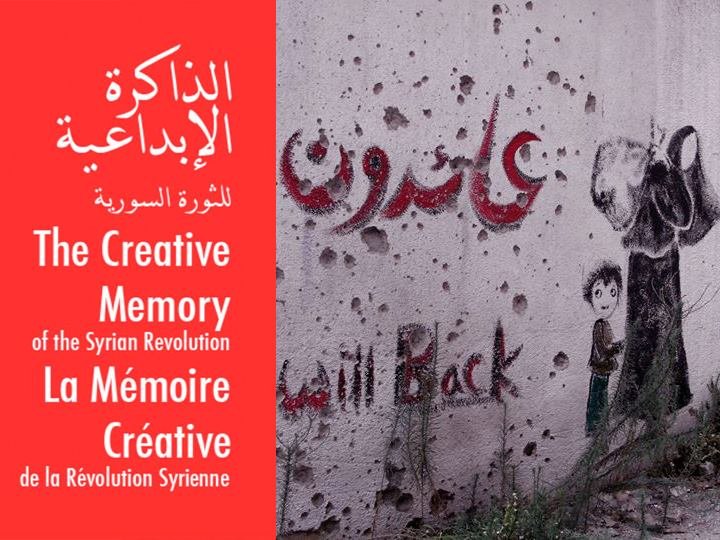 “There is no political power without control of the archive, if not of memory. Effective democratization can always be measured by this essential criterion: the participation in and the access to the archive, its constitution, and its interpretation” Jacques Derrida

Since March 2011, Syria has witnessed deep cultural mutation; forms of expressions have evolved trying to respond to the eventful Syrian uprising. Artistic and cultural production have been a vital tool of political resistance, and so is archiving this production.

What is the Creative Memory of the Syrian Revolution? What are the characteristics of ‘expression’ in times of tyranny and freedom? How do socio-political and cultural factors affect ‘expression’? How do we see the change on people’s ‘expression’ and behaviour since 2011?  What would be the role of memory in the future? What is the link between justice and memory?

Sana Yazigi is a graphic designer graduated from the Faculty of Fine Arts at Damascus University. She founded the bilingual monthly cultural magazine “The Cultural Diary”, covering the cultural scene in Damascus and other Syrian cities between 2007 and 2012. She is the founder and editor-in-chief of the website The Creative Memory of the Syrian Revolution since 2013. She is also the initiator of ALWAN art therapy initiative for Syrian refugee children in Beirut-Lebanon since 2013.