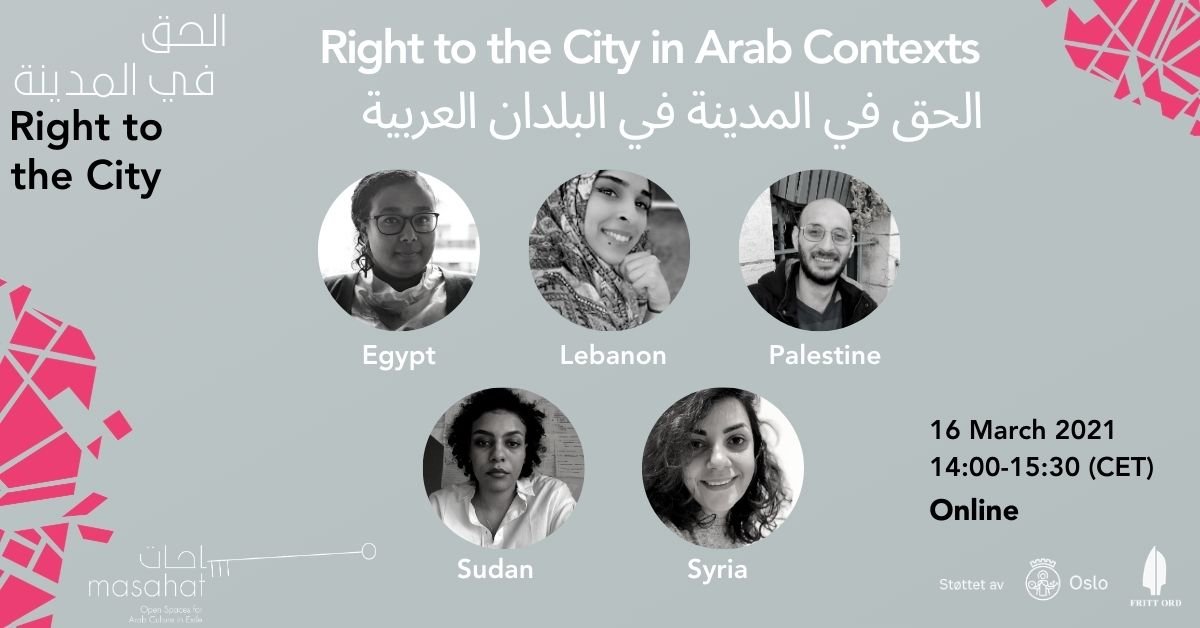 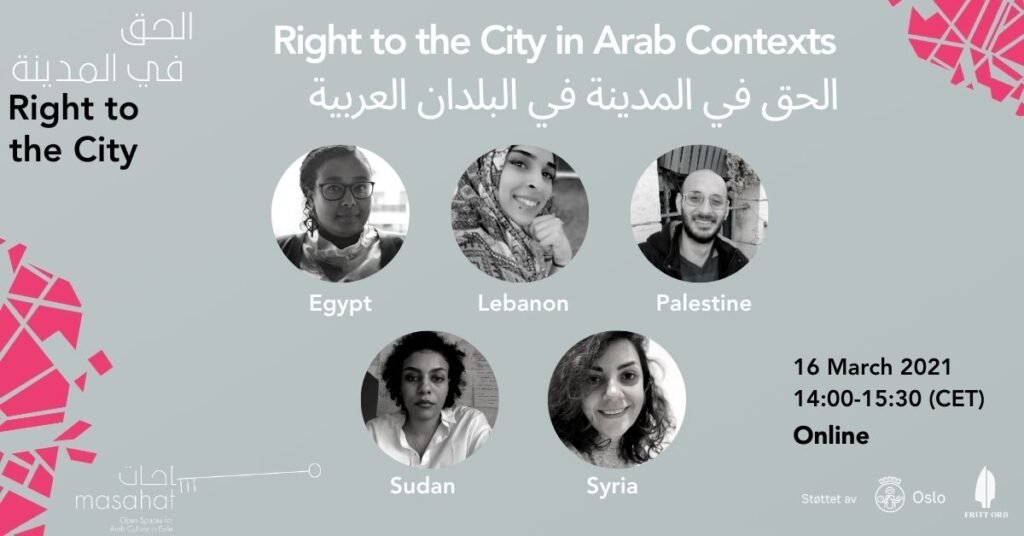 Masahat and Public Works Studio invite you to this online panel featuring the following Arab architects and urban researchers who will discuss the Right to the City in different Arab contexts taking case studies from Syria, Lebanon, Palestine, Egypt and Sudan.

For many decades, Arab cities have been subject to urban policies that have aggravated social, economic, political, cultural and spatial injustice. Public authorities have centralized resources in the hands of the few, while further alienating the inhabitants and depriving them from accessing basic services or participating in decisions that affect their daily lives.

Privatized and securitized public spaces, environmental degradation, depletion of natural resources, social marginalization, and mass evictions are some of the outcomes of decades-long urban development in different Arab contexts.

In clear contrast to these tendencies, protesters in the Arab uprisings in 2011 and 2019 were able to access, reclaim and own the public spaces, albeit for a short while. However, such attempts are not exclusive to mass protests. Numerous, vibrant Arab social and urban movements, groups and organizations are working to counter hegemonic urban powers and to reshape the cityspaces to make it belong to all citizens.

This panel will host urban researchers and architects from Lebanon, Syria, Palestine, Egypt and Sudan to discuss the urban struggles in these contexts.