Mazen Darwish, one of Syria’s most prominent human rights activists, will give a speech about his experience in Syria before and after the revolution as a human rights advocate. Afterwards, Darwish will be interviewed by the Norwegian journalist and author Åsne Seierstad. 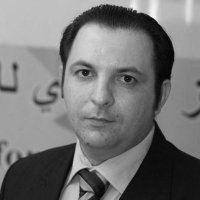 Mazen Darwish is a Syrian lawyer and free speech advocate, and the president of the Syrian Center for Media and Freedom of Expression, founded in 2004. In 2011. News organizations, including Reuters and the Associated Press, have described Darwish as one of Syria’s most prominent activists. Mr Darwish was imprisoned by the Syrian regime from February 2012 to August 2015. He was awarded the 2014 PEN International Pinter prize and the 2015 UNESCO/Guillermo Cano World Press Freedom Prize on World Press Freedom Day.