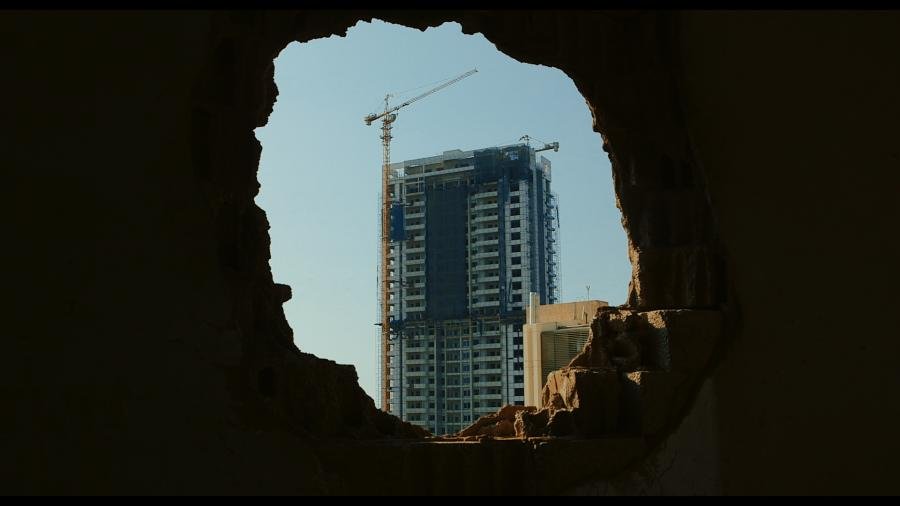 The Film: Taste of Cement

A portrait of workers in exile, Taste of Cement is an empathetic encounter with people who have lost their past and their future, locked in the recurring present.

A poetic essay documentary about Syrian construction workers building new skyscrapers in Beirut. As they help rebuild ruined neighbourhoods in the aftermath of the Lebanese civil war, their own houses at home are being shelled. The Lebanese government has imposed curfews on refugees and so the workers are locked in the building site over-night. Every night in their pit below the skyscraper the news from their homeland and the memories of the war haunt them. Mute and imprisoned in the cement underground, they must endure until the new day arrives where the hammering and welding drowns out their nightmares.

The Talk: Reconstruction for whom?

Despite the ongoing war, severe lack of humanitarian access in several areas in Syria and absence of accountability, the international community has started to discuss the issue of reconstructing Syria, but reconstruction for whom?

What are the preconditions to start the reconstruction process, and the healing of a nation in a broad sense? How do the social and political landscapes of war-torn cities contribute to shaping the national identity in the future, if at all? What is the relationship between reconstruction and collective memories?

These questions will serve as a starting point for a talk with Samer Frangie, Assistant Professor in Political Studies at the American University of Beirut.