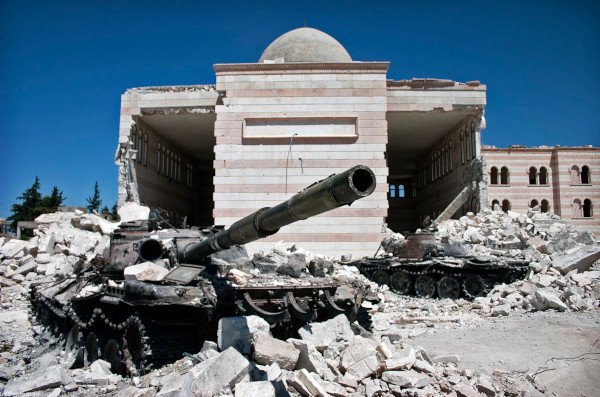 The war in Syria is far from over. The recent escalation by the Syrian regime and its ally, Russia, against civilians in Eastern Ghouta, and the Turkish military offensive against Kurdish-held Afrin in the north, has engendered more suffering and destruction in an increasingly entangled matrix of regional and international players. What does it mean to engage in discussions about reconstruction while civilians populations are being bombed?

Starting in 2017, the international community has begun to tackle the issue of reconstruction in Syria while grappling with the difficult question of how this conversation should play out. In April, the EU will host its second ‘Supporting the future of Syria and the region’ conference . Reconstruction will be on the agenda.

International organizations such as the UNHCR, the UNDP and UNESCO, have already partnered with the Syrian government on several projects of rehabilitation   of civilian infrastructure and the removal of debris and solid waste in areas where the regime has regained control like Homs and Eastern Aleppo. These projects have been criticized by civil society actors for contributing to demographic changes by preventing people from returning to their homes and claiming their property rights.

Discussing reconstruction before the end of a conflict is a morally and conceptually difficult endeavor. The twofold objective of this seminar  is to problematize the approach of the international community, while acknowledging gaps in the current dominant conversation, but also to  reflect on the ethical issues raised by activist and academic participation in policy discussions on Syrian reconstruction. The seminar aims to address the following questions: