For the fifth year in a row, SPACE partners with the HUMAN International Documentary Film Festival offering you a fine selection of documentaries and debates to discuss and reflect on Syria through Syrian experiences. This year, we will set the focus on the plight of Syrian detainees and forcibly disappeared. Through two documentaries and following panels with distinguished Syrian and international guests, we will address questions on trauma, healing, memory and the fight for justice.

Meet us at Cinemateket on Tuesday, February 26th at 18:00 for Privacy of Wounds + Surival and Existence: Lessons from a Syrian Prison and Friday, March 1st at 20:00 for The Silence of Others + From Franco to Assad: No Peace without Justice.

Privacy of Wounds + Existence and Survival: Lessons from a Syrian Prison 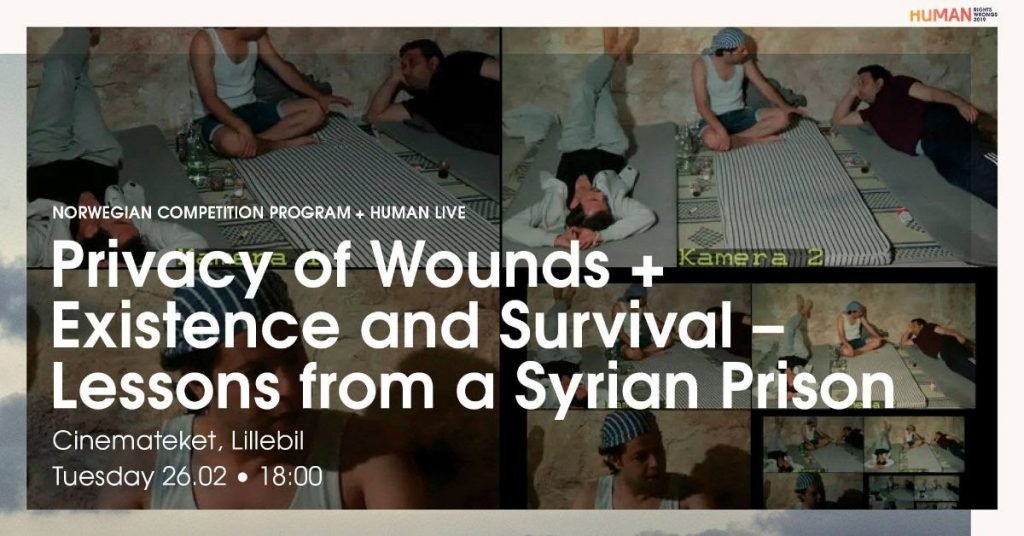 Hassan, Mazen, and Khaldoon are former prisoners of conscience from some of Syria’s most notorious prisons. Convinced that the three strangers will communicate openly and honestly with each other, the director observes them from the outside of a simulated prison cell in Oslo, using three remote-controlled cameras.

Dalia Kury’s documentary raises awareness about how the three men apprehend their own state of being, and what type of psychological challenges they have to deal with.

Following the screening, two of the former prisoners of conscience will take part in a conversation about life in and after prison, and what it means to be a political prisoner in Syria.

Panel:
Mazen Esmaiel and Khaldoon Hawaley, former political prisoners and characters in the film. (This part of the discussion will take place in Arabic with interpretation to Norwegian)
Followed by a one-to-one conversation in English with Dalia Kury, director of Privacy of Wounds.
Moderator: Zeina Bali, co-founding member of SPACE.

In cooperation with Fritt Ord

The Silence of Others + From Franco to Assad: No Peace without Justice 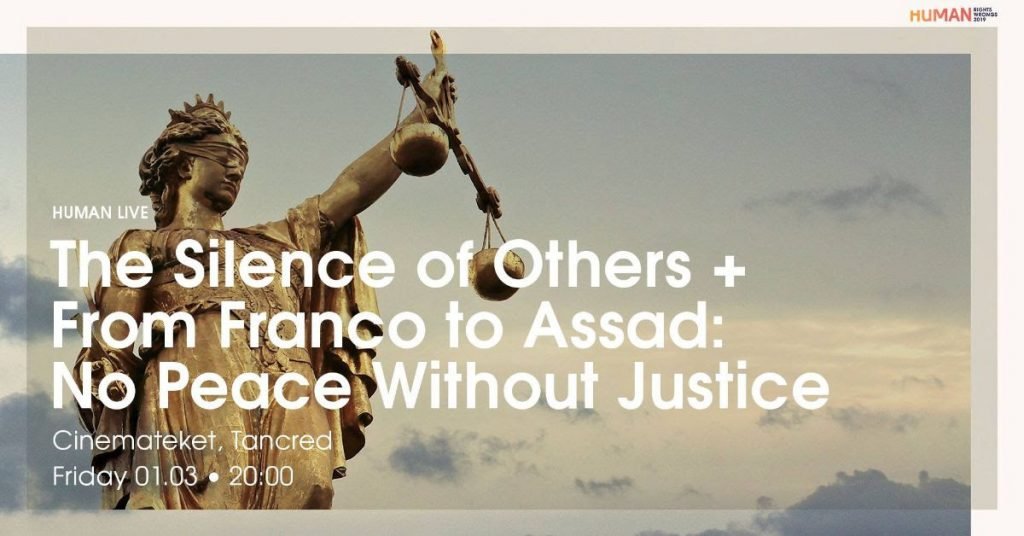 Filmed over six years, The Silence of Others reveals the epic struggle of victims of Spain’s 40-year dictatorship under General Franco, who continue to seek justice to this day.

In Syria, hundreds of thousands have been arbitrary detained and forcibly disappeared, the vast majority at the hands of the Assad regime. Inspired by the many justice seekers before them from Argentina to Bosnia and Spain, Syrians are organizing to find, free and demand justice for their loved ones.

This panel addresses questions on confronting the past, dealing with inter-generational trauma and reckoning with the legacy of ruthless dictators and their regimes.