Syria’s Disappeared: The Case Against Assad

SPACE, Oslo Dokumentarkino and FN-sambandet organized a screening of the documentary film Syria’s Disappeared: The Case Against Assad and a panel discussion about the prospects of prosecuting war crime committed in Syria in Norwegian courts.

Norway and Germany are the only two European countries with “pure universal jurisdiction” over war crimes, crimes against humanity, and genocide – meaning that the law does not require any connection between Norway and the relevant grave international crimes committed abroad.

Anwar al-Bunni (Syrian Human Rights Lawyer), Gro Nystuen (Lawyer and Expert in International Law), Sara Afshar (Journalist and Filmmaker) and Stephanie Barbour (Lawyer and Senior Advisor at CIJA) presented the on-going work to prosecute war criminals in other European countries such as Germany. The panel also discussed the legal avenues to investigate the serious crimes committed in Syria and to prosecute the perpetrators in Norwegian courts. 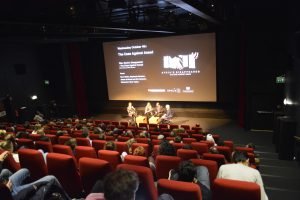 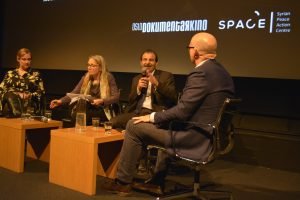 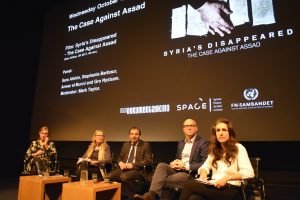