Syria’s Disappeared: The Case Against Assad SPACE, Oslo Dokumentarkino and FN-sambandet invite you to a screening of Syria’s Disappeared: The Case Against Assad followed by a panel discussion about the prospects of prosecuting war crime committed in Syria in Norwegian courts.

This documentary tells the hidden story of tens of thousands of men, women and children forcibly disappeared by the regime of Bashar al Assad into a network of clandestine detention centres.

With unprecedented access, we follow survivors of detention, families of detainees, regime defectors and international war crimes investigators as they fight to bring the perpetrators to justice and desperately campaign for the release of the disappeared.

The film’s director Sara Afshar will introduce the film and participate in the discussion after the screening.

About the panel discussion

Norway and Germany are the only two European countries with pure universal jurisdiction over war crimes, crimes against humanity, and genocide – meaning that the law does not require any connection between Norway and the relevant grave international crimes committed abroad. In this panel debate we will examine the legal avenues to investigate the serious crimes committed in Syria and to prosecute the perpetrators. 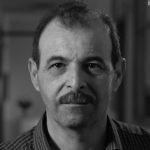 Anwar al-Bunni is a Syrian human rights lawyer. He is one of the founders of the Syrian Human Rights Association and of a centre for the defence of journalists and political prisoners. As a lawyer, al-Bunni was particularly involved in defending people who were prosecuted for expressing their opinions in non-violent ways. Al-Bunni spent five years (2006-2011) in the Syrian regime’s prisons after signing a declaration calling for democratic reform. Al-Bunni left Syria in 2014 and is now based in Berlin where he is working to build cases against war criminals in Syria and achieve transitional justice. 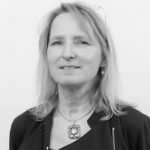 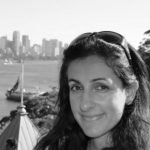 Sara Afshar is a journalist and filmmaker. She is the director of “Syria’s Disappeared: The Case Against Assad”. She worked for the BBC for 16 years on its current affairs programmes, Newsnight and Panorama. 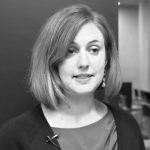 Stephanie Barbour is a lawyer and senior adviser at the Commission for International Justice and Accountability. She has served as Amnesty’s International representative to the International Criminal Court and other international tribunals in The Hague. She has also worked on cases related to crimes against humanity, in particular enforced disappearances and sexual violence, in relation to the 1996 to 2006 conflict in Nepal, intercommunal violence in India in 2001 and the Rwandan genocide in 1994. 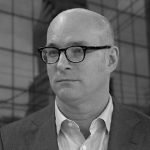 Mark Taylor (moderator) is a Senior Researcher at the Fafo research foundation. For two decades, Mark has worked on legal and policy frameworks applicable to conflict and human rights, writing and advising on regulatory responses to economic dimensions of armed conflict and business and human rights.