On May 22, SPACE and the Nordic Black Theatre/Cafeteatret organized a concert by the Franco-Syrian band Bab Assalam, with Khaled Aljaramani (Oud & vocals), Mohanad Aljaramani (Percussion & vocals) and Raphaël Vuillard (Clarinet). 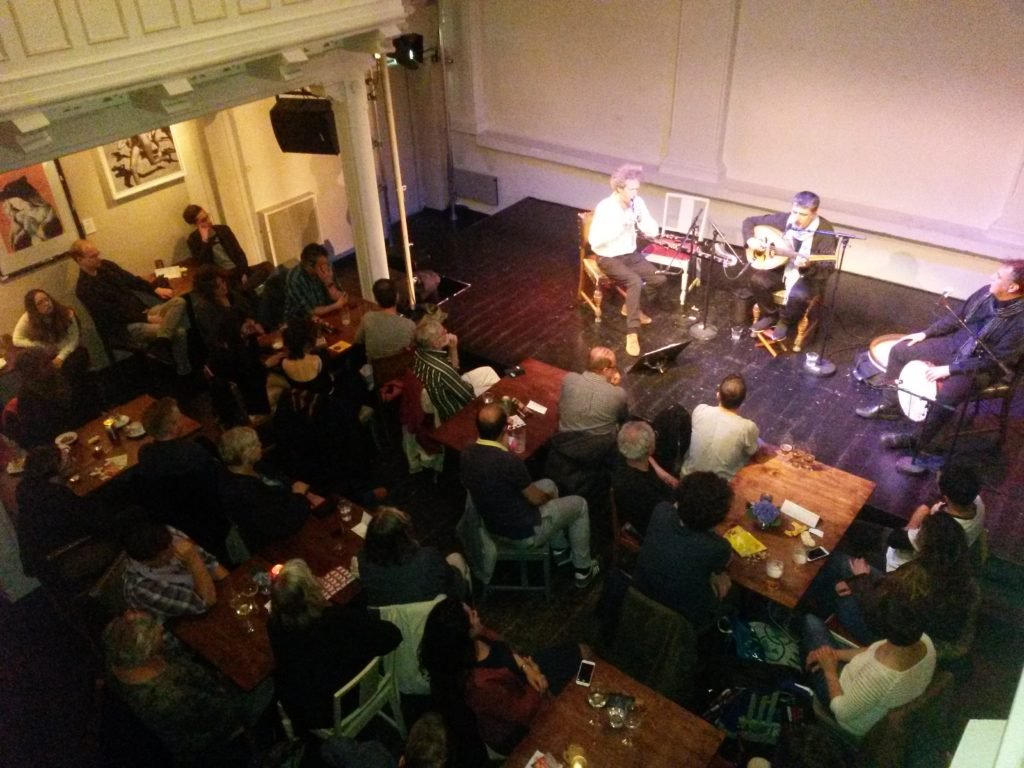 Bab Assalam played a blend of Eastern and Western music that had the audience cheering and shouting after every single piece, and demanding for two encores in the end. The concert, titled “Salam to Aleppo” (Peace to Aleppo),  symbolized the Syrian people’s unwavering support to peace and freedom.

Below is a piece from the concert: