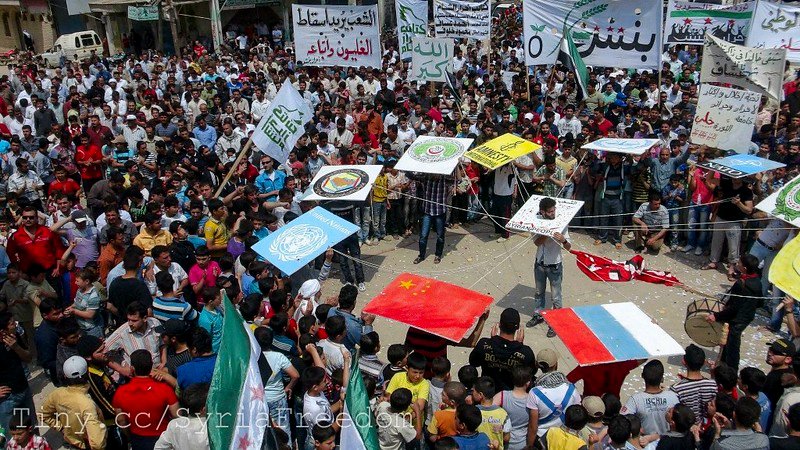 The situation in Northern Syria has severely deteriorated in recent weeks. Although the dynamics of the conflict and the impact on the ground vary from east to west, civilians are at risk across the region. On November 14th, in his briefing to the Security Council, the Under-Secretary-General for Humanitarian Affairs and Emergency Relief Coordinator referred to reports from early November that over one hundred airstrikes were launched on Idlib and surrounding areas. This is a region of 3 million people that has been targeted since April 2019 by Russia, its militias and the Syrian Army. On 4 and 6 November, four separate health facilities were damaged. Civilians in northwest Syria remain trapped under fierce airstrikes by the Russian and Syrian air force and on the ground, they suffer under the presence of Hayat Tahrir al Sham, a UN-listed terrorist organization.

In northeast Syria, the Office of the UN High Commissioner for Human Rights verified that 49 civilians have been killed by a combination of air strikes, ground-based strikes, sniper fire, and executions by armed groups. Although hostilities have de-escalated since late October, clashes continue in border areas, civilian infrastructure is damaged, more than 70 000 people remain displaced, and 1.8 million people are in need of humanitarian aid.

After more than eight years since the war in Syria began, with well documented violations of the IHL, including attacks on civilians and humanitarian workers, questions abound in terms of how perpetrators can be held accountable and what scenarios for transitional justice can be envisioned.

In the midst of this deteriorating environment for humanitarian action and for IHL, and a worsening humanitarian situation, local aid workers are at the forefront of the humanitarian response. Yet, despite a growing international interest in localization, local organizations are often under-funded and left to shoulder the danger their humanitarian cadres face in the riskiest areas.

These developments raise questions that need to be addressed, including:

The PRIO Middle East Centre, the Norwegian Centre for Humanitarian Studies and SPACE (Syrian Peace Action Centre) welcome you to this breakfast seminar with three Syrian experts, Fadi Al-Dairi, Hayma Alyousfi and Ferhad Ahma, representatives of Syrian diaspora and civil society networks. They will give an update from the ground on the humanitarian situation in Northern Syria, address these questions and discuss how Norway can further support a principled, effective and localized humanitarian response.

Tea, coffee, and a light breakfast will be served.

Farhad Ahma is the co- founder and CEO of PÊL- Civil Waves , an organization working primarily on peace building and development in northeast Syria. Farhad was elected a member of the city council in Berlin-Mitte and a regular guest at German media outlets as an expert on Syria.

Fadi Al-Dairi is the co-Founder and Country Director for HIHFAD Foundation (Hand In Hand for Aid & Development) which was founded in the UK in response to the crisis in Syria. HIHFAD is a member of SNA (Syrian NGO Alliance) and Fadi serves as the current Chair of the Board. SNA members (currently 22 NGOs) are some of the largest humanitarian actors inside Syria. Fadi is also the current Chair of the Board for NGO Forum.

Hayma Alyousfi is the Advocacy and Outreach Manager with “Local Development and Small-projects Support” (LDSPS) and was elected as the president of Shaml CSOs Coalition in Gaziantep/ Turkey. She holds MA in Risk and Security from Durham university/ UK.

The seminar will be chaired by Maria Gabrielsen Jumbert (PRIO).