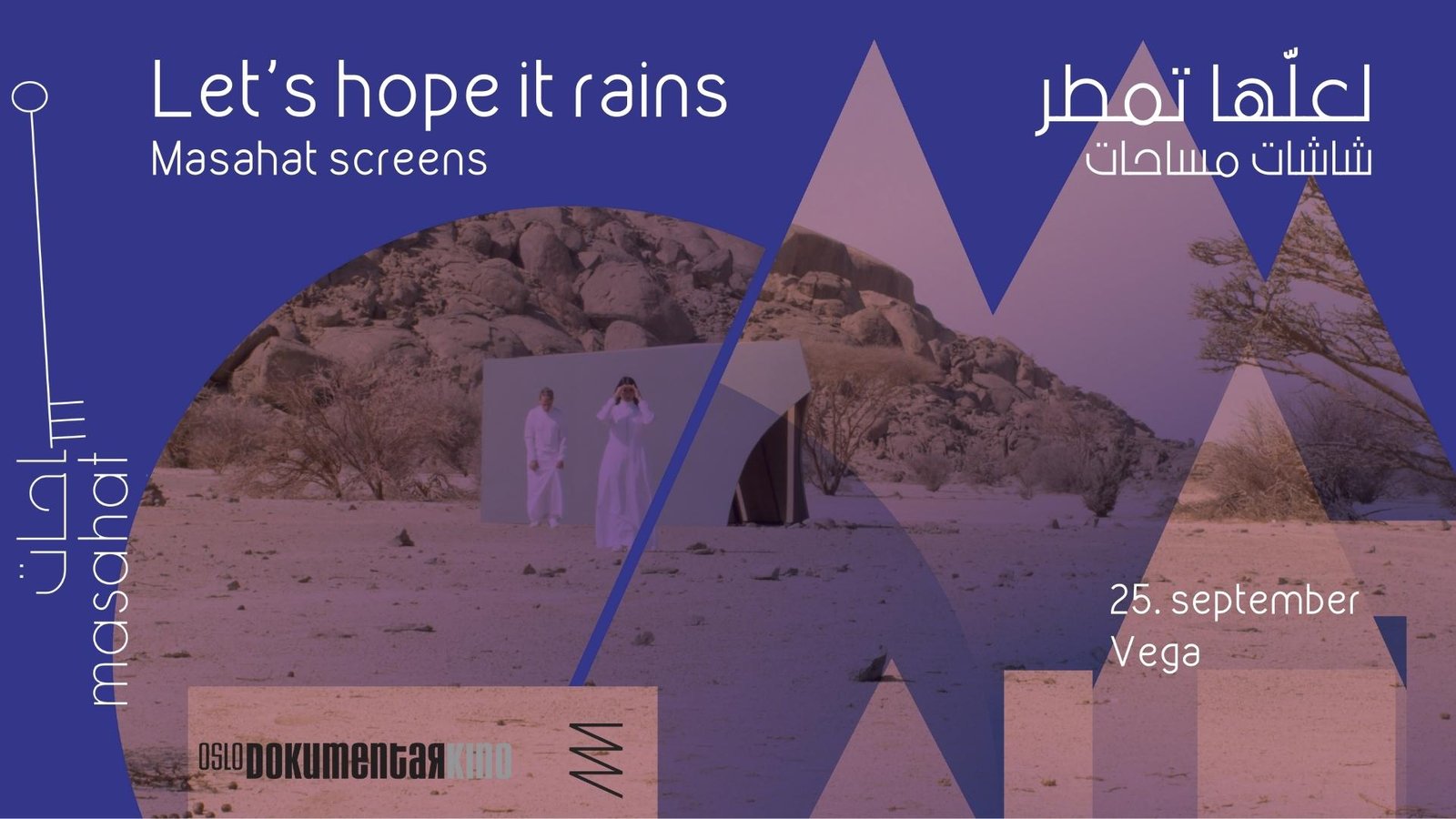 On the last day of Masahat festival 2022, join us for “Let’s hope it rains”, a film program on a long and lazy Sunday afternoon, because one thing is certain: the Middle East is thirsty, but mostly for political will.

Masahat Screens, a contemplative and critical film program curated by Dalia Alkury, invites you to four creative climate fictions and documentaries to help us face the big elephant in the desert. The first three films will take us to the dry deserts of the UAE, Jordan, and Saudi Arabia, while the last one quenches our thirst at a thousand year old cedar forest in Lebanon with a poetic, post-human narrative. You will leave with some more insight on who else we can blame for our climate dystopias and violent ecologies of today.

Masahat Screens 2022 is in collaboration with Oslo Documentary Cinema and Mirage – Art of the Real International Film Festival.

This event is part of Masahat’s annual festival for Arab arts and culture taking place during 20-25 September 2022 around different venues in Oslo.

Scientist Hannele Korhonen has one ultimate passion: to be the best at what she does and be recognised for it. Her life changes dramatically when she is awarded a 1,5 million USD research grant by the United Arab Emirates to participate in their ambitious project to stimulate rainfall over the notoriously arid region. The opportunity to get proper funding and do good sounds amazing. But, gradually Hannele learns that the financiers have their own agenda. Her enthusiasm morphs into an ethical dilemma and inner conflicts. If she succeeds to make it rain is she giving means to rule the clouds? What is the ultimate price of ambition?
NIUN (2018, 7'), Saudi Arabia

Alamoudi’s video NIUN (2018), made in collaboration with American artist Michael Mogensen, is inspired by thirteenth-century Persian physician, geographer, and writer Zakariya al-Qazwini’s story, Awaj bin Anfaq, considered one of the first works of science fiction, about an alien who visits Earth to study the oddities of human behavior. The video follows two protagonists (NIUN 1 and NIUN 2) who claim the desert as their own and begin to lay down the foundation for a new civilization. Together, the pair devise seven essential components to ensure a prosperous future: energy, water, mobility, biotechnology, entertainment, technology, and manufacturing. The outlanders chant mantras—ardi (“my land”), noor (“light”), hajira (“traveller”), and hajirati (“my rock”)—which, for the artist, reinforces the importance of language and open communication in cultivating the future.

“Bedouin women have long been charged with assembling the tribes’ Beit-al-sha’ar (house of hair), weaving yards of tent material from the hair of goats and the wool of sheep. With limited resources, weaving has been their means of self-expression in the face of societal submission for centuries, architects silenced in a world of men. For them, responding to the environment has never been an intellectual exercise; it is their way of life. Unlike the structures of stone and concrete which could one day be deserted, left as ruins in the shifting sands, the Beit-al-shaar is a symbol of their voices, an ever-inhabited mobile home within which their daily lives unfolds.

This piece aims to reveal this kind of ‘matriarchal architecture’ and its purposeful and centuries-old social weaving process; an adaptive environmental response to the harsh climate of the Jordanian Badia. However, with the encroaching impact of tourism to their territories, the bedouin tribes of Wadi Rum have increasingly abandoned their pastoral existence to engage with the emergent economy and influx of travellers. This shift has manifested in the most extraordinary ways, as men are called out to build concrete structures and erect ‘supposed’ eco-lodge bubbles, while the women-held knowledge of adaptive environmental tent-craftsmanship is hidden away, held captive behind another block in the patriarchal wall.”

I watch you disappear behind the rocky hill as you walk lightly away, looking for your way back through the forest we got lost in. You asked: Do we come to nature to preserve our limits or to surpass them? Three voices unfold over three screens as a woman plunges into the depth of an enchanted thousand-year old cedar forest. 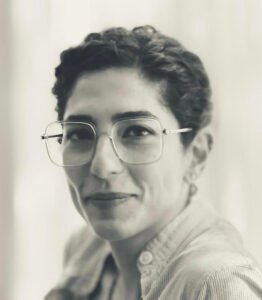 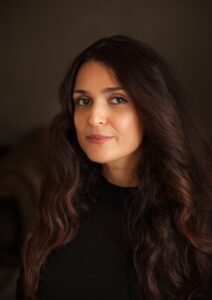