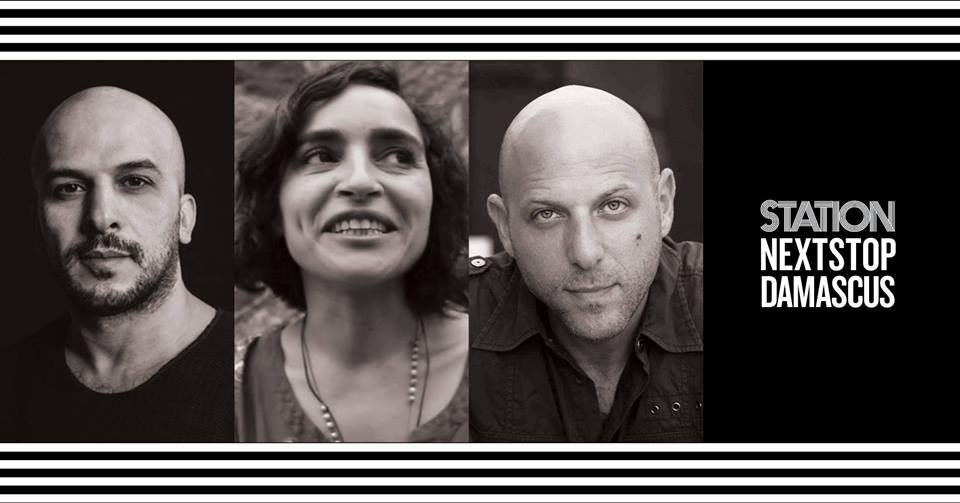 Syrian artists Khaled Barakeh and Diala Brisly will discuss their artistic practices and processes, what it means to create within contexts of oppression and exile; physically dispersed yet under a shared collective experience. They will also discuss contemporary artistic expression by other Syrian artists in the Middle East, across the diaspora and from those who have recently relocated to new realities. How do the arts preserve cultural heritage? What narratives do they create? How do the arts and creative sector contribute to healing and rebuilding a nation?

Khaled Barakeh: Born in 1976 in Damascus and currently based in Berlin, Khaled Barakeh studied art at the Faculty of Fine Arts in Damascus and continued his education at the Funen Art Academy in Odense, Denmark and the Städelschule Art Academy in Frankfurt, Germany. Moving from Syria to Europe resulted in major changes in his approach towards his work – originally trained as a painter, Khaled has developed a stronger concentration in conceptual art practices. His work can be characterized as cultural hacking, revolving around both personal and social narratives, it often transforms pre-existing materials, objects and data in order to change their contexts through repetitive acts of transformation. His work is exhibited in institutions, fairs and galleries worldwide.

Diala Brisly: Born in Kuwait to Syrian parents in 1980. Her career began as a cartoonist and gradually expanded into other media and capacities, including graphic design, animation, concept art, painting, comic books and character design. Her artwork on the Adra Women’s Prison hunger strike campaign helped secure the release of 23 women prisoners. Currently, Diala’s work focuses on drawing attention to the educational situation of Syrian kids, and refugees in general.

Nabil Canaan (moderator): Born in Beirut, Lebanon in 1972, Lebanese-Swiss filmmaker, cultural producer and curator Nabil Canaan is the founder of STATION art platform and initiator of the NextStop project. After an earlier career in international marketing and new media communication, Nabil’s work for the past fifteen years has been driven by a documentary impulse and concern for the human condition. With a BA in Sociology and an MA in Documentary Film and Journalism from New York University, he has created documentaries for the New York Times, developed multimedia content and strategies for the UN/NGO sector, ran a film production and post-production studio in Switzerland and since 2013, co-founder and director of STATION’s venue in Beirut and it’s international art projects.

This seminar is a part of Oslo World & Station Beirut: NextStopDamascus, a Syrian takeover at Kulturhuset, during Oslo World.

Organized in collaboration with Oslo World Music and Station Beirut