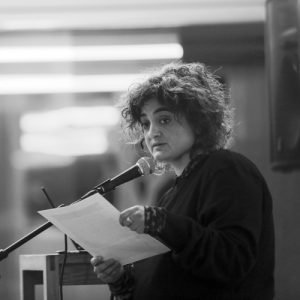 Co-founder and board member of masahat

First published in Norwegian in Klassekampen, on Nov 5, 2020

It could have been me. Samuel Paty! I too show such drawings in a classroom setting to provoke students to describe their reactions. I show such images to invite them to reflect on how Islam is discussed in the West. On why some people feel that they need to draw the prophet Muhammad is such demeaning postures to make a point about freedom of expression. Why others defend their religion by beheading the history teacher. I use these drawings to ask the young people I work with to share their feelings in today’s polarized climate. I ask them to reflect on the question of representation.

Islamophobia is not about Muslims in Europe, but about people who look like they come from states when Islam is one of the fundamental cultural currents. Islamophobia is a pathological reaction to everything that comes from that part of the world where Islam is the majority’s religious heritage. Islamophobia is a way to cover up the exclusion of sunkissed people.

We, sunkissed people, struggle to participate in public space, to work in meaningful jobs, and for the possibility of socioeconomic mobility. Neither nihilist Muslims nor those who are afraid of them care about the bigger political and economic issues that the sunkissed people meet. In the West, they prefer to represent us with bombs in our turbans by way of explaining why we don’t get called in to interviews, why we don’t get promoted at work, and why we don’t have a chance to buy a place to live in.

Those who rule in our homelands contend that our culture is under existential threat. But it is those dictators that pose the biggest danger to our culture and our existence.

I recall the day when the Banlieue protests broke out in France in October 2005. How angry North African and Arab youth took the streets in ways the recollect the Black Lives Matter movement. They protested high unemployment, terrible schools, and bad health services in the ghettoes.

The Interior minister of the time was the conservative Nicholas Sarkozy, and he gave orders to use violence against the demonstrators. Around 3000 young men and women were arrested. Some months later he was elected as the president of France. In 2010, his cabinet passed a law that forbids the hijab.

I also remember that two years before the protests, under the conservative president Jacques Chirac, two monuments were placed in Paris to commemorate the French soldiers that died in Algeria.

It is true that Islam as a religion is in crisis. But this is a crisis that has been described by Yassin Haj Saleh, Ziad Majed and Farouk Merdam Bey in their article in al-Jumhuriya as “the politics of those who have been stripped of politics.”

We shall not be afraid of Islam, but of politicians that build their power positions by repressing the struggle for rights and for political representation. The Right-wing paranoia for Islam, nihilistic Islamists, and authoritarian secularists together make a kaleidoscope of a deeply dystopic now-time.

They fear that we shall express pride in religion, in not-religion, or in whatever-identity. But what they fear the most is a political struggle that focuses on equal opportunity in politics, culture and economic welfare—free from exclusion, exploitation and neo-colonial desire.