Book Review – The Home That Was Our Country: A Memoir of Syria 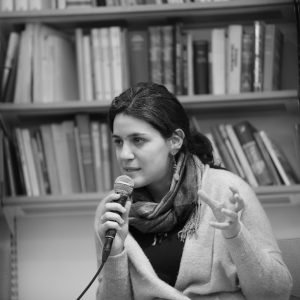 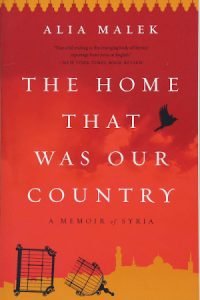 Two weeks ago, I was invited to talk at Rafto Conference in Bergen on the occasion of awarding Syrian-Lebanese Rouba Mhaissen the Rafto Prize for her work defending the rights of Syrian refugees in Lebanon. While I talked about my life and work in my new home, Norway, so many thoughts and memories rushed into my mind about the home we left behind, Syria. And how only fitting was the book I was reading on my way to Bergen. On the magnificent train journey Oslo-Bergen-Oslo I read an equally magnificent book: The Home That Was Our Country: A Memoir of Syria by Syrian-American author: Alia Malek (b. 1975).

I was enchanted by Alia’s skillful storytelling weaving in the fascinating everyday lives of ordinary people with the major, extraordinary political episodes that shaped Syria. Salma (b. 1925) is Alia’s grandmother and a central, matriarchal figure in the book. A matriarch, like my own grandmother, who blossomed socially and intellectually against all odds under an extremely unfair, patriarchal society, would however remain until the end of her life bitterly lamenting the injustices inflicted upon her for being a woman—a pain that would only deepen over time.

Through intimate portraits of the inter-generational lives and destinies of Salma’s family and neighbors, the book so eloquently and beautifully chronicles the history of Syria from below. Starting with the birth of Salma’s father in 1889 to a Christian Orthodox feudal family in rural Hama that grew in power, wealth and influence as the Ottoman empire was collapsing, passing by the birth of Salma in 1925 as Syrian national sentiments were burgeoning against the French colonial power to 1949 when Salma got married and moved to the four-story Tahhan Building in central Damascus as Syrians were navigating the political ordeals of a nascent, independent nation-state. Alia’s mom was born in 1950 and later, in 1974, she got married to a Syrian doctor who was specializing in the US—under the looming plan that they will return to Syria upon finishing his studies. A thought that has been put on hold in light of Syria’s grim political situation.

Having been born and raised in the US, Alia has been intermittently visiting Syria to finally come back to the Tahhan building in 2011 to restore Salma’s apartment just as the Syrian revolution broke out.

We then follow Salma’s family and some of the neighbors of the Tahhan building up until 2016.

The book enriches and nuances our understanding of Syria by unpacking the legendary co-existence in the Syrian society. Most importantly, Alia disenchants Syria. She strips away any blanket label ascribed collectively to easily explain Syria. To the contrary, she offers sharp political analysis, alternative readings for Syria’s fight for independence, and an insight into the complex humans whose, like any society, entangled arrays of fears, principles, interests and pragmatism define much of the Syria we see today.

Alia’s grandmother, Salma, her extended family and neighbors are nothing but a microcosm of the Syria I knew and used to hear about from my mom: Salma, the Christian Orthodox owner of three apartments in the Tahhan building; the Muslim pious neighbors; the Jewish hairdresser; the pragmatic, revolutionary friends whose politics altered with the shifting political lines of Syria’s rulers; the classmate and daughter of a Greek merchant who settled in Homs in the early 20th century; the Armenian housekeeper who fled the genocide knocking on the door of Alia’s great-grandfather in 1916; the principled, upright citizens who paid the price for living up to their values at the hands of a murderous regime; the apolitical cousins who mastered the art of silence under dictatorship; the Turkish neighbors who came to Damascus after Iskandaron was handed over to Turkey in 1939; the Palestinian uncles who were born in Jaffa but never were able to return; and many more.

A Syria that was once a home for people coming from all corners of the world has become all too fragmented and obscure, almost dissipating into the hearts and minds of so many millions around the world. When Home is Unattainable, What Replaces it? Alia will try to answer this question on November 22 at Litteraturhuset as part of The Question of Syria 2019-The Struggle for Home conference where she will also sign her book.