What Syria Was and What it Must Not Be

In this first ever Syrian Doc Days in Oslo we will take a deep look into the Syrian society under the authoritarian rule of the Baath party and the Assad regime.

Through documentary films and discussions we will examine the relationship between the Syrian state and its citizens and how Syrians under the one-party rule were subjected to systematic censorship and institutionalized humiliation.

On the last day we will look at how Syrians in exile, fleeing the war, are forced into new hierarchies of oppression.

Tickets can be bought on cinemateket.no.

Public Theaters of Humiliation. The film A Flood in Baath Country from 2003 zooms in on a Syrian village that represents a microcosm of the Baath party and their rule. The leaders promised socialism but instead introduced a strict autocracy that forced people into submission through brutal force, indoctrination and systematic humiliation that started in primary schools. Step by Step is an experimental documentary film from 1978, by Osama Mohammed, that shows the harsh reality of the dictatorship and the consequences for people and society.

Between and after the films, Syrian filmmaker Ossama Mohammed, director of Step by Step, and Kjetil Selvik will talk about the Syrian society and how it is to make films under a dictatorship.

From Schools to Prisons. Tadmor from 2016 reconstructs the infamous Tadmor torture prison in Palmyra in Syria. The film is an attempt by former prisoners to come to terms with the incomprehensible brutality and humiliation they were subjected to over years. Tens of thousands of people have died in state run prisons as a result of torture or starvation.

Guests: Syrian poet and former prisoner in Tadmor, Faraj Baraykdar and film director Monika Borgmann will talk before and after the screening of the documentary film Tadmor.

In Exile. Taste of Cement from 2017 shows how Syrian workers in exile are exposed to new types of oppression. In this visually beautiful, stylized documentary Syrian refugees in Beirut are working on the reconstruction of a city that was destroyed not that long ago, in contrast to their own country which is being destroyed, exposing the meaningless cycles of destruction and construction that war feeds. 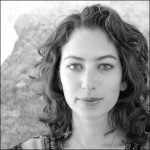 Dalia Al Kury is a Jordanian-Palestinian filmmaker. She she graduated from the Goldsmiths University in the UK in 2007 with an MA in Screen Documentary. Documentaries she has directed include “Possessed by Djinn”, “Arabizi” and “Smile, You Are in South Lebanon.” Her work has been broadcast on MBC Arabia, Al Jazeera, and Al Arabiya and has been screened at international film festivals. 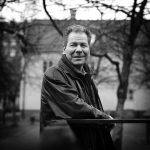 Faraj Bayrakdar is a Syrian writer and award-winning poet. He was imprisoned by the Hafez al-Assad regime in 1987 on suspicion of belonging to the Communist Action Party. He was released 14 years later. Bayrakdar is author of more than six books of poetry and prose, including “Mirrors of Absence” which taps into how the poet survives under tyrannical regimes, the notions of “imprisonment” and identity, and the concept of freedom. 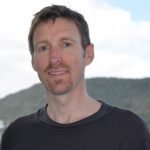 Kjetil Selvik is Senior Researcher in NUPI’s Research Group on Peace, Conflict and Development. He holds a PhD in political science from Sciences Po in Paris and works on struggles over states and regimes in the Middle East. Selvik har previously worked as researcher at Fafo and at the Chr. Michelsen Institute (CMI) and been Adjunct Associate Professor at the Department of Comparative Politics, University of Bergen, and at the Department of Culture Studies and Oriental Language, University of Oslo. 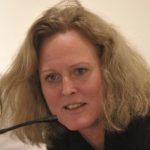 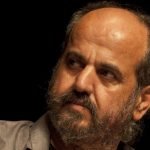 Ossama Mohammed is a Syrian screenwriter, cinematographer and film director. He graduated from VGIK in 1979, where he studied at the Laboratory of Igor Talankin. His diploma film was the short documentary Step by Step. He completed his first fiction feature Stars in Broad Daylight in 1988. The title refers to Igor Talankin’s film with the same title. Deemed to be the most scathing critique of contemporary Syrian society trapped in the iron grip of the Baath regime, the film has never been allowed a public screening in Syria. Internationally it earned the filmmaker great critical praise. His films, Sacrifices (2002) and Silvered Water (2014) were shown at Cannes Film Festival. 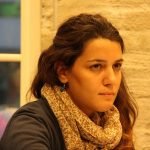 Zeina Bali is one of the founders of SPACE (Syrian Peace Action Centre). Bali has worked and done research with several NGOs and non-profits in Syria, Turkey, and Norway on education and youth engagement.

This event is partly funded by Stiftelsen Fritt Ord